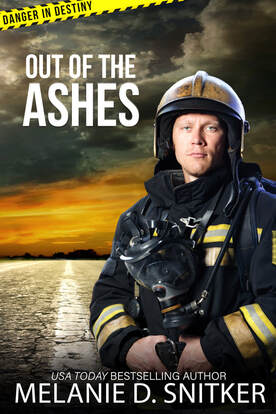 He thought it was just a structure fire.

As a firefighter, Bryce Keyes is no stranger when it comes to running into a burning building. What he didn't expect was coming face-to-face with the woman he loved years ago. Getting her out safely is one thing, but when it looks like she was the arsonist's target, Bryce realizes he can't just let her walk away again. Especially not while her life is in danger.

For Megan Bristow, returning to Destiny, Texas was about saying a final goodbye to a dysfunctional family and the memories she's tried hard to bury. She planned to go in, help her mother tie up loose ends, and get out again. When someone makes an attempt on her life, Megan realizes those loose ends are only the beginning of a tangled web, and she's been drawn right into the center of it.
​
​They'll have to put the past behind them.

Only by working together will they be able to figure out who's hunting her and why - before it's too late.
PRE-ORDER TODAY!